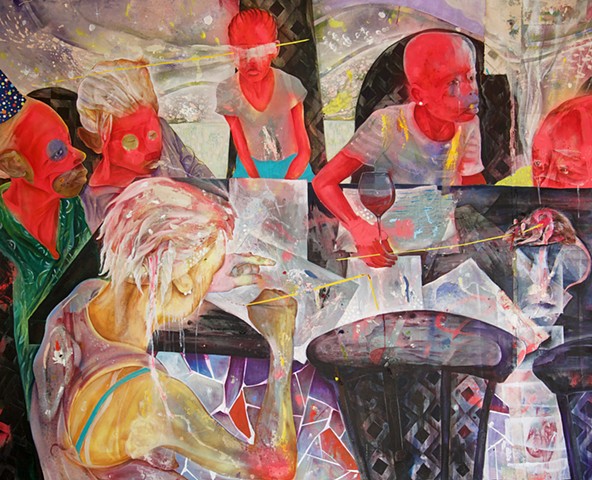 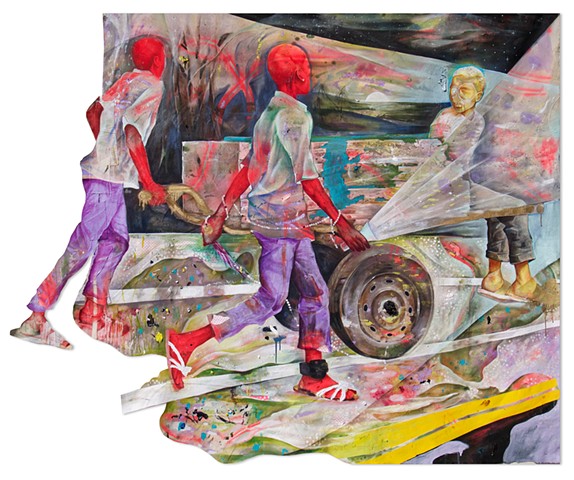 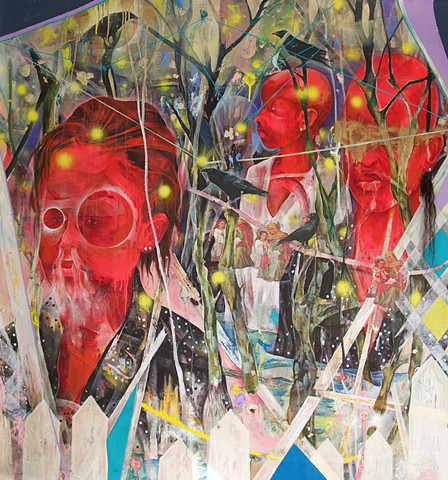 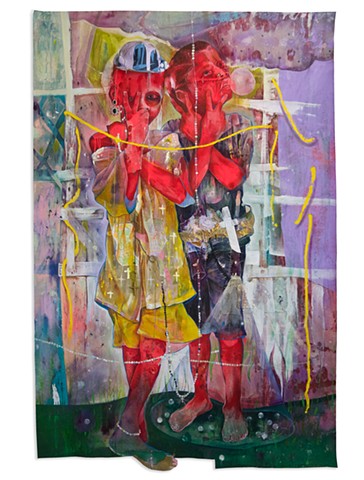 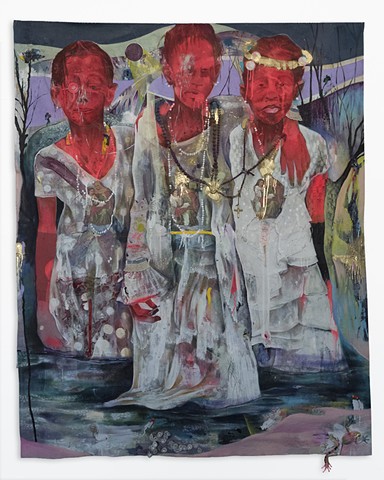 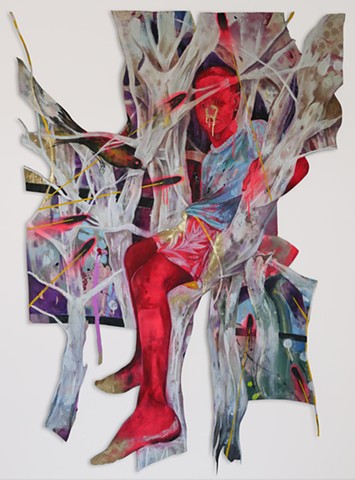 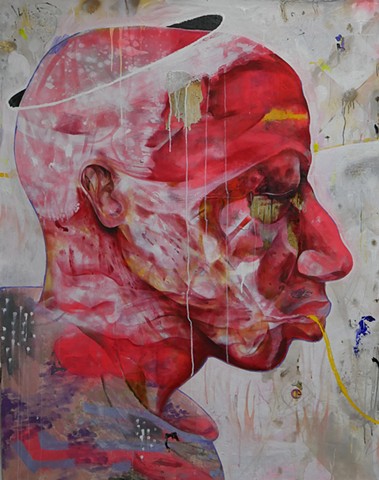 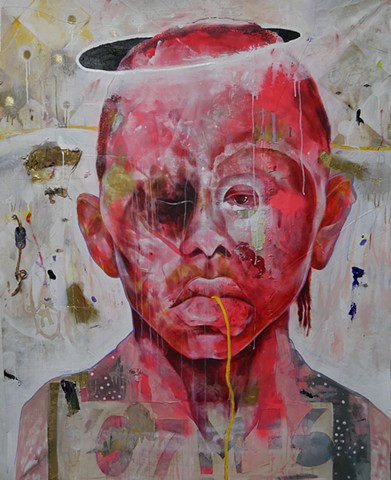 Like Son
Acrylic, fabric, and spray paint on canvas 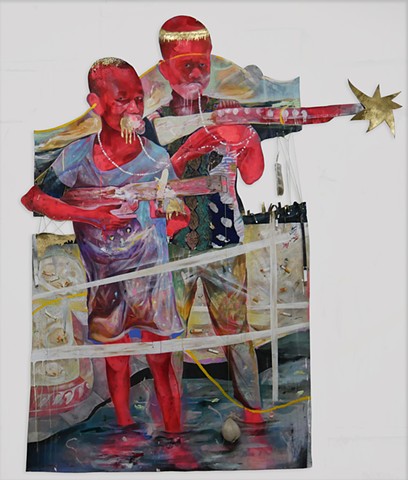 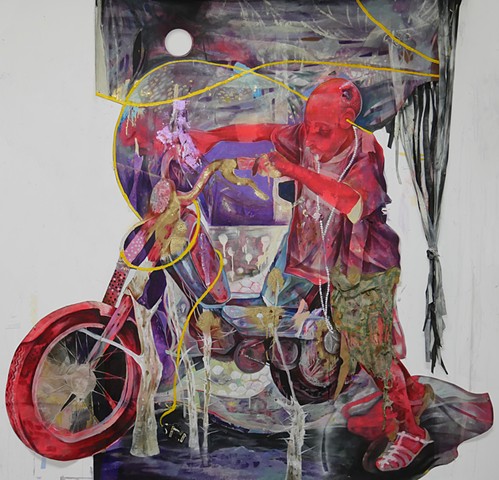 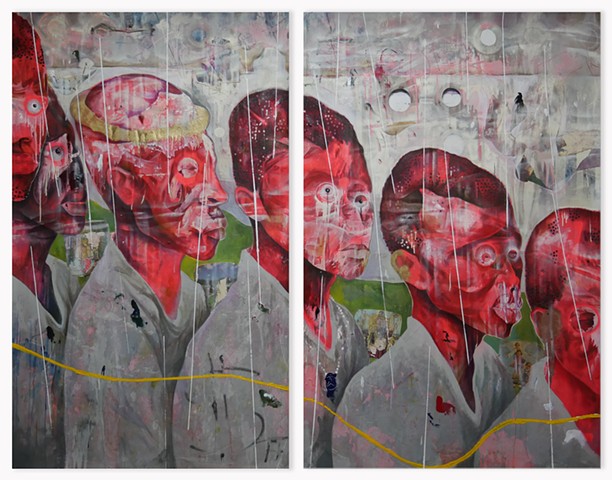 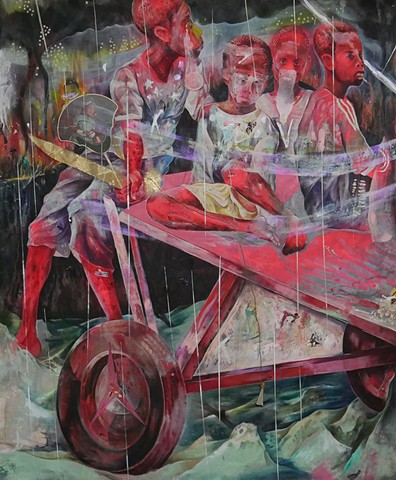 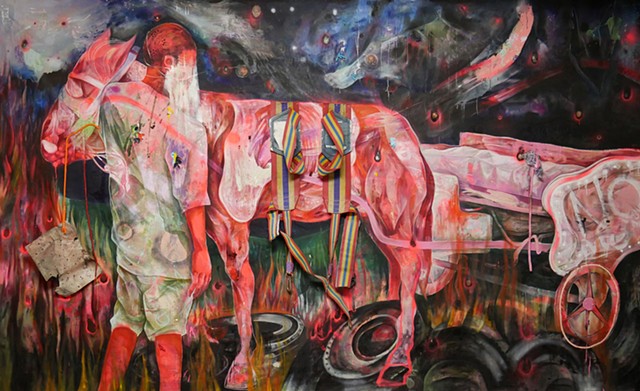 Throughout history, mythology has emerged from humankind’s desire to understand our surroundings and our anthropologic makeup. My research in anthropology and mythology draws from recent travels to Senegal. This investigation takes as its center the task of understanding the lives, existence, and survival of humankind with a particular interest in Senegal. Inspired by ideas surrounding stages of Joseph Campbell’s Monomyth also known as The Heroes Journey, my work comprised paintings that explore the relationship between transformation and myth.

Based on photo documents and artifacts collected over a four-year span from various cities in Senegal: Goree Island, Tambacounda and the Sinthian Village, I have developed a series of fictitious narratives and characters known as The Redbones. The Redbones are a generation of young boys who are placed on the frontline as warriors by the wealthy within society. Ironic to the storyline is that The Redbones are a generation of boys from poverty stricken areas recruited and hand selected to fight for freedom and justice for ALL. The boys march, protest and go to war simply as a rite of passage in hopes of one day being deemed hero by the wealthy within society.   This series draws very close parallels between the current political space and societal ills being experienced today within the world.

This project takes to task, an examination and critique of journey, pilgrimage and the notion of martyr as hero in regard to the act of Protest and war. I am interested in telling a story of success whereby I trace a journey that begins in an impoverished state, both mentally and physically, which ends in a place of enrichment.