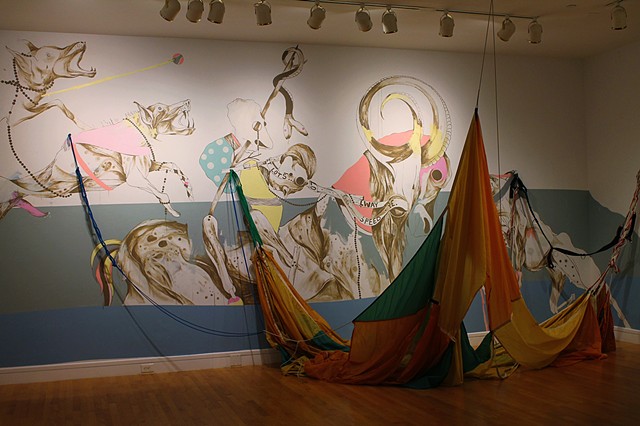 Under His Watch, Absolutely No Weapon Formed Against Me Shall Prosper
Latex house paint, nails, and parachute mounted on wall
29ft x 12ft x 6ft 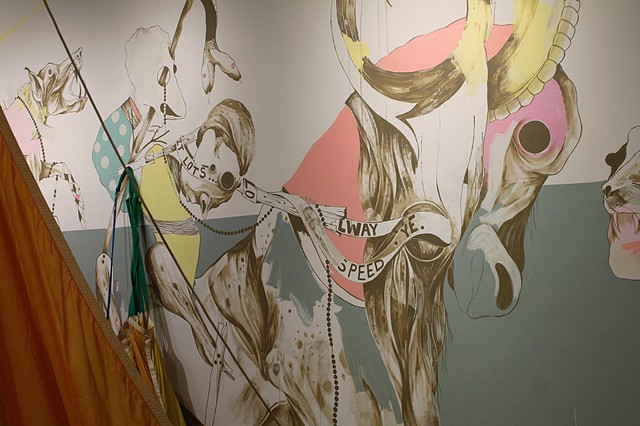 Under His Watch, Absolutely No Weapon Formed Against Me Shall Prosper (detail)
Latex house paint, nails, and parachute mounted on wall
29ft x 12ft x 6ft 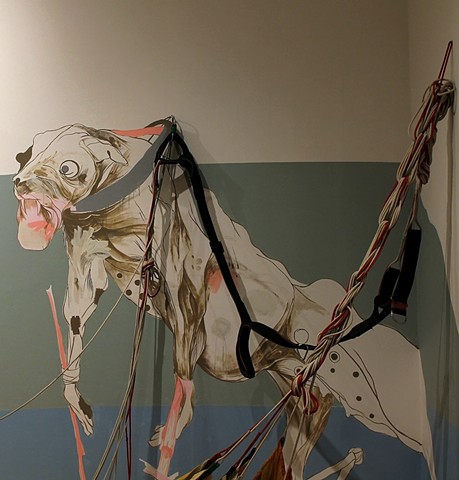 Under His Watch, Absolutely No Weapon Formed Against Me Shall Prosper (detail no. 2)
29ft x 12ft x 6ft 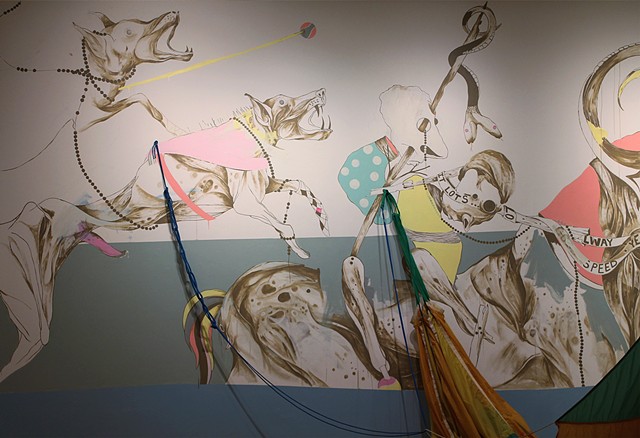 Under His Watch, Absolutely No Weapon Formed Against Me Shall Prosper (detail no. 3)
29ft x 12ft x 6ft 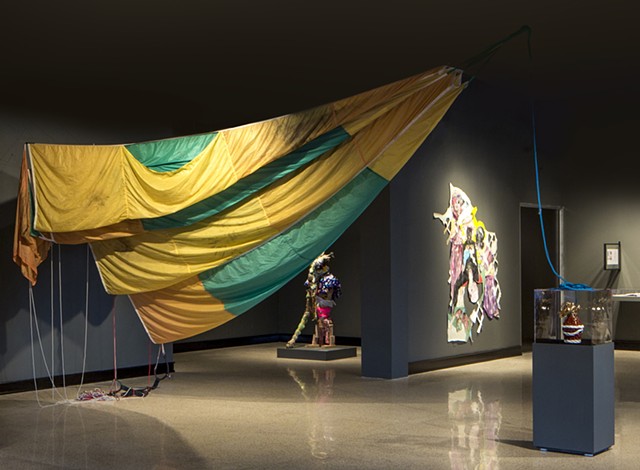 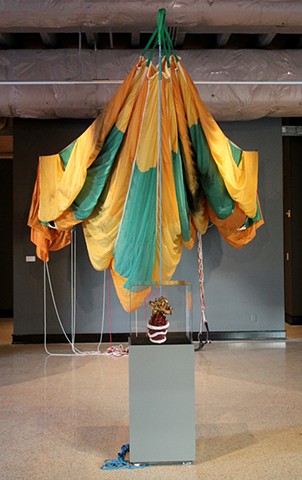 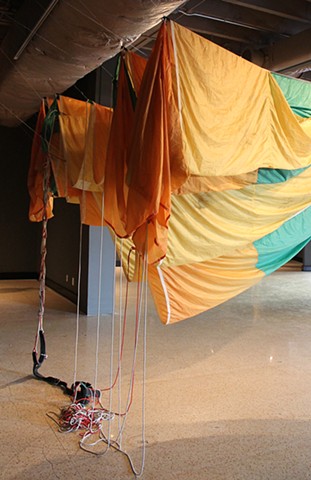 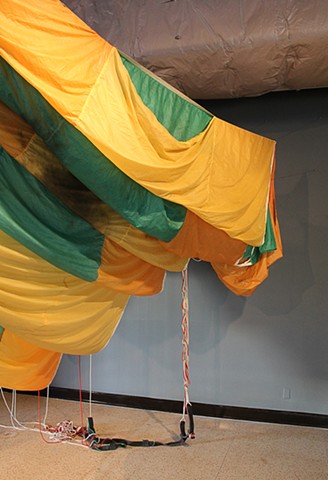 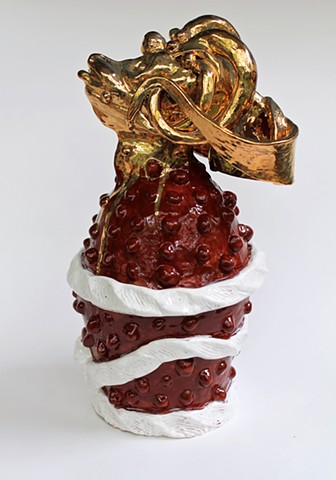 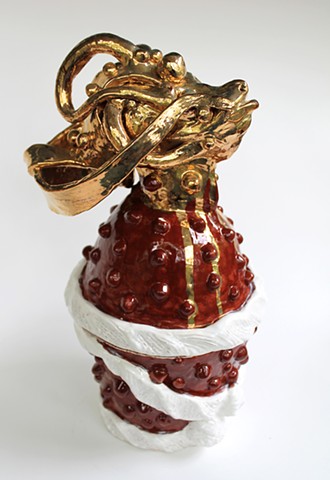 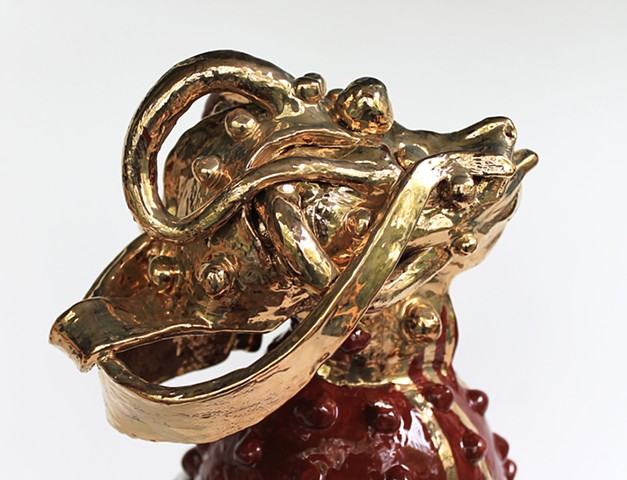 My Memorials function both as homages and posthumous collaborations with my late father. The inception of these works came about due to prior plans to collaborate with my father two years before his death. Our intentions were to better understand each others professions, with the deeper interest in using both of our practices to metaphorically connect with my deceased mother.

The project was first inspired by my then research interest in Joseph Campbell’s "Monomyth". I was interested in a specific aspect of the Monomyth which referenced: "the son’s succession of his father in hopes of winning the favor of his mother". This work was proposed and approved by a national institution in the Bahamas, but conflicts in our schedules hindered the execution of our collaboration. My father died due to complications resulting from stomach cancer on July 30 2015.

Thus far, the Memorials have taken on various forms, including but not limited to: a ceramic funerary urn that I created which housed my father’s ashes, my father’s soiled parachute which he sewed and braided prior to him being hospitalized, life-size erected sculptural forms, and mural sized wall drawings which symbolized dreams that foretold my father’s death.

It is of great importance that these memorials are not for sale, temporary and ever evolving. The temporary nature of these installations speak about the impermanance of our lives here on earth. Upon my father’s death he left me with several very important instructions. The notion of travel seemed to be one of those. “When I get out of this situation (cancer), I promise that I will leave the Bahamas to live with you in the United States. I will also travel with you as you exhibit your work.” In many ways, the Memorials act as a fulfillment of my father’s wishes to travel and aid in his life after life.