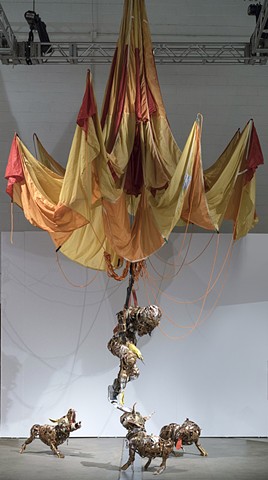 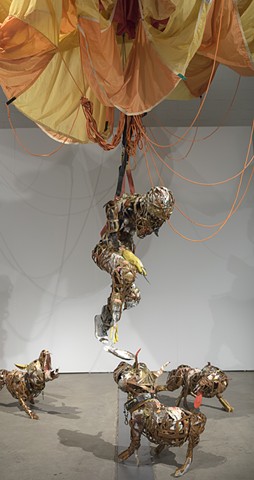 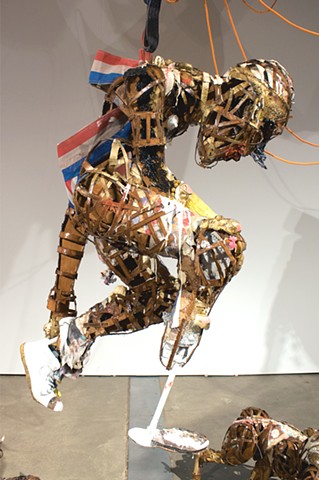 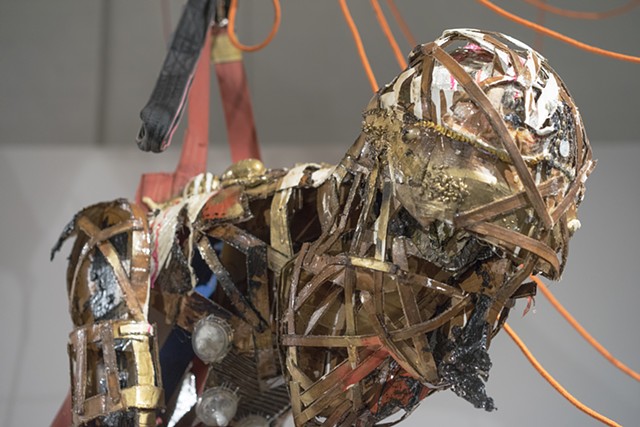 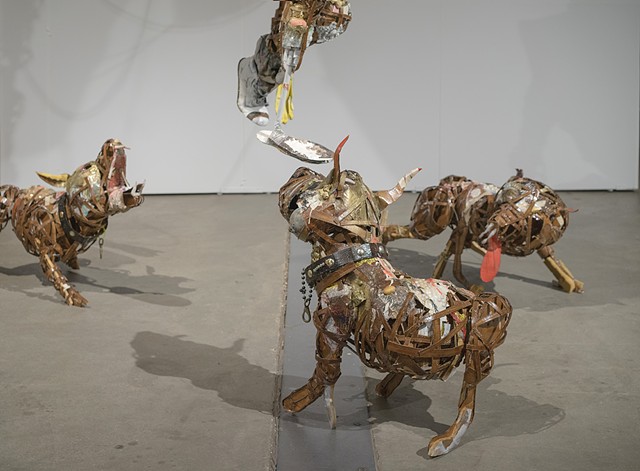 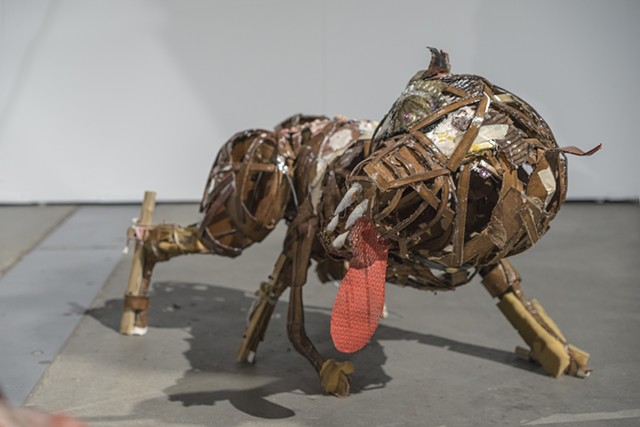 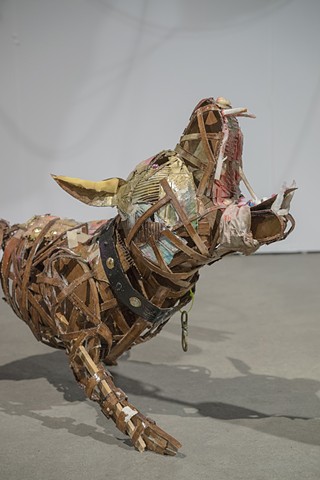 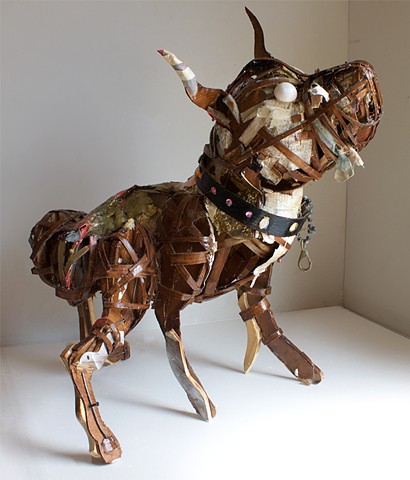 The installation titled, And the Dogs Went Silence, will comprise of a suspended parachute with an alien-like rider descending. Attack dogs will curiously circle the suspended alien as if awaiting a command to attack. This work would serve as the fourth segment of Munroe’s Memorial Series, which function both as homages and posthumous collaborations with his late father.

Like previous works in Munroe’s Memorial Series, the parachutes belonged to, and were used by, his father prior to his father’s passing in 2015. Two years prior, Munroe and his father conceived of working together collaboratively. Their intentions were to better understand each other’s professions, with the deeper interest in using both of their practices to metaphorically connect with Munroe’s deceased mother. After Munroe’s father’s untimely passing from cancer, the artist continued with these plans posthumously. Thus far, the Memorials have taken on various forms, including but not limited to: a ceramic funerary urn created which housed Munroe’s father’s ashes, a soiled parachute which his father sewed and braided prior to him being hospitalized, life-size erected sculptural forms, and mural sized wall drawings which symbolized dreams that foretold Munroe’s father’s death.

Munroe is interested in the idea of his father and him collaborating on a work without his father knowingly doing so.  Each parachute has reminiscences of his father’s hand, be it a stain, patched hole, oils and sweat from his fingers, sea salt, sand or braided rope. Symbolically, And the Dogs Went Silence, explores the notion of journey, specifically, the idea of the return of the hero. This heroic return can contemporarily reference the return of a prisoner in many poorer class societies, the return of a soldier in many middle class societies, or the resurrection of the dead in many religious societies. It also symbolizes ideas surrounding otherness, specifically regarding travel. The work can also function as an apt metaphor for disease, especially in how it travels through and attacks our bodies, particularly cancer. Overall, this work serves as a continuation and a celebration of the beautiful life and legacy of Munroe’s father.