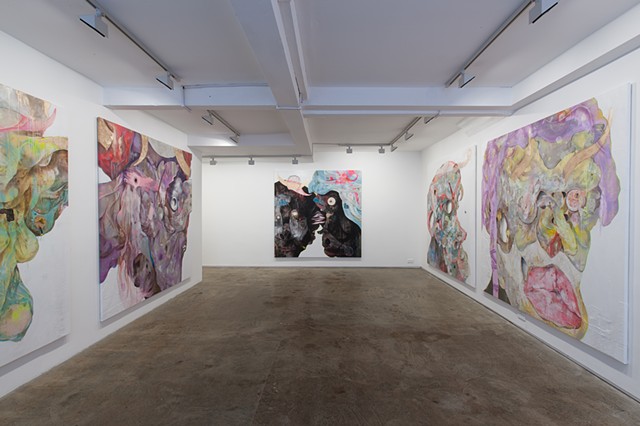 DEVIL IN A WHITE CITY: Installation 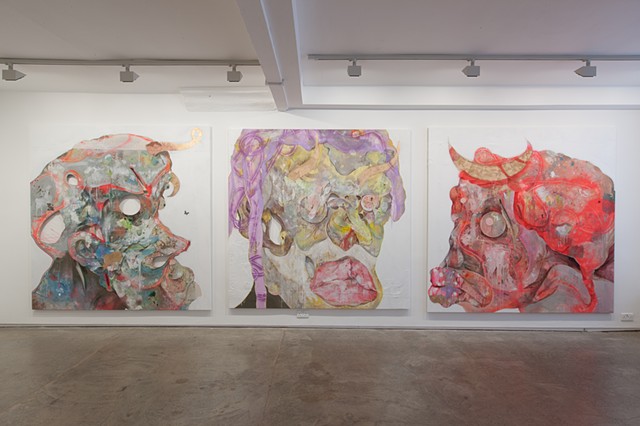 DEVIL IN A WHITE CITY: Installation no.4 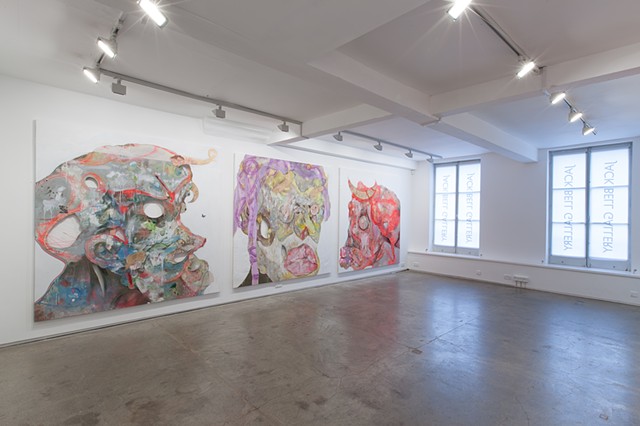 DEVIL IN A WHITE CITY: Installation no.6 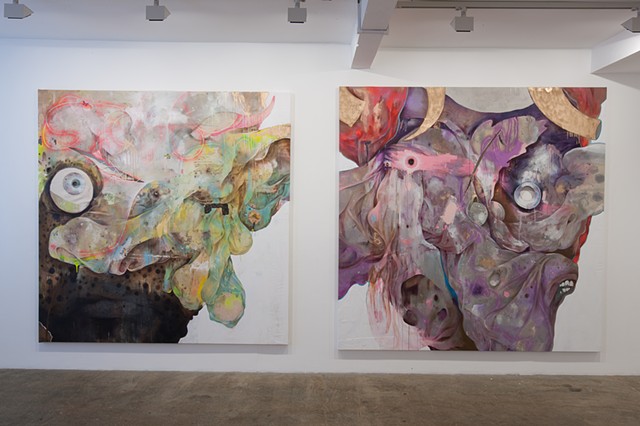 DEVIL IN A WHITE CITY: Installation no.3 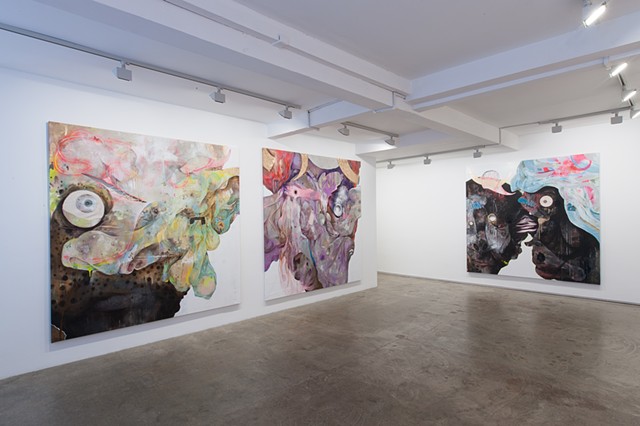 DEVIL IN A WHITE CITY: Installation no.7 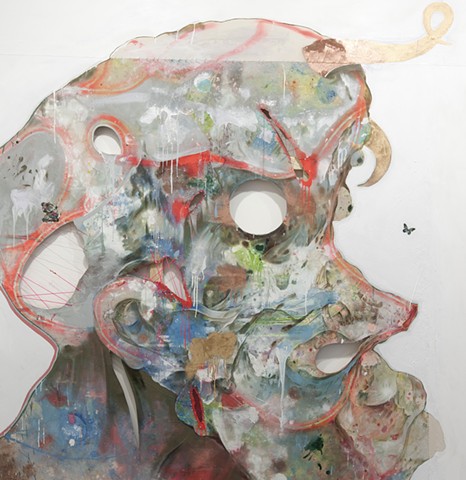 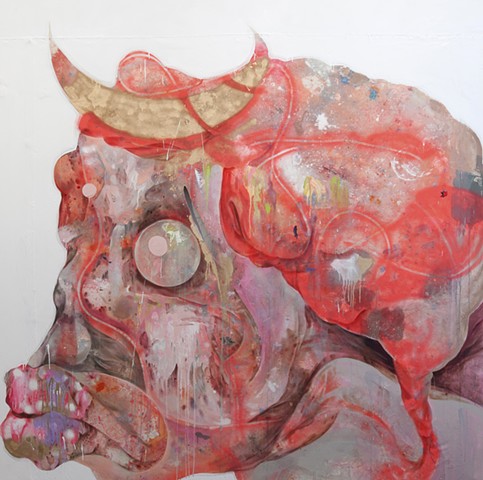 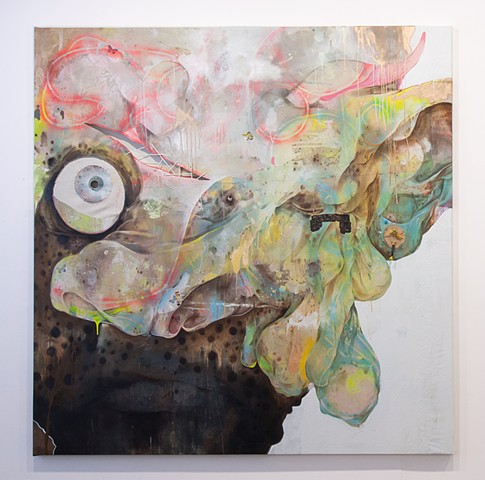 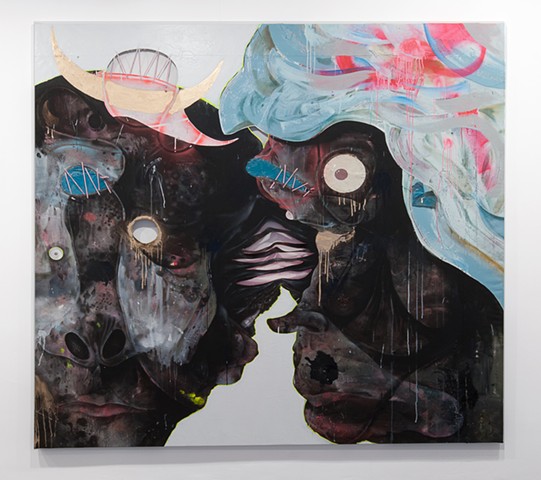 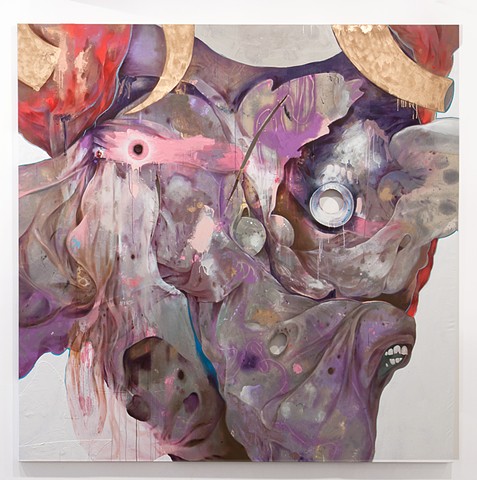 From Wonderland and the World…(Devil no. 5)
Acrylic, latex house paint, spray paint and string on cut unprimmed canvas
84’’ x 84’’ 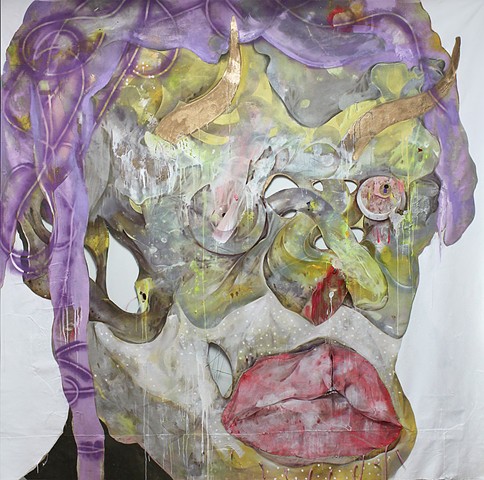 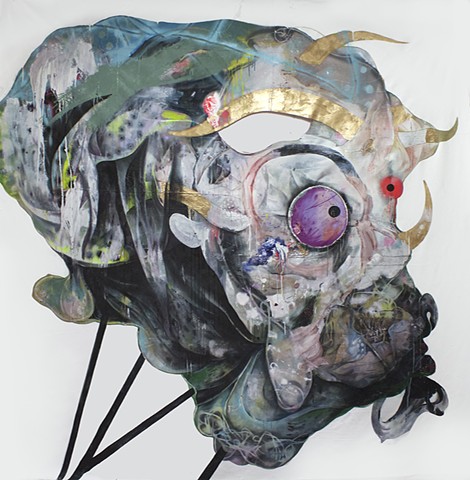 His Perched Head Warded Away Both Good and Evil... (Devil no. 7)
Acrylic, Spray paint and Latex house painting on unprimed canvas
90'' x 90'' 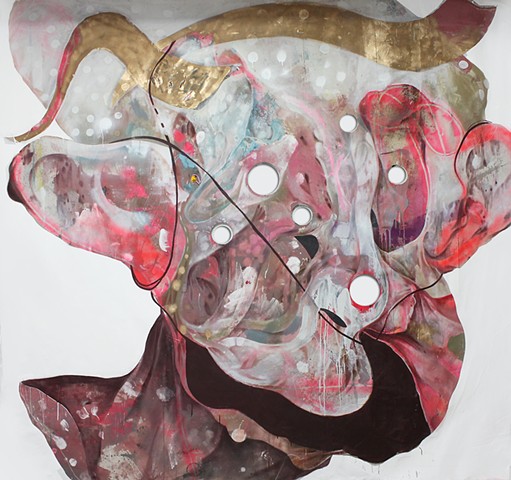 She Was The Controller of Misery and Happiness... (DEVIL no. 8)
Acrylic, latex house paint and spray paint on canvas
96" x 96" 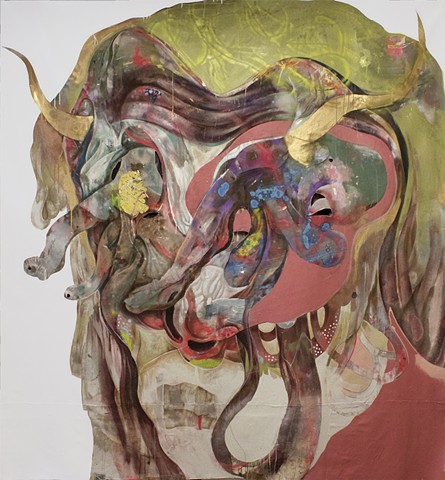 He Was An Overseer In A World Gone Mad (Devil no. 9)
Acrylic, latex house paint, spray paint, staples and string on unprimed canvas
93'' x 96'' 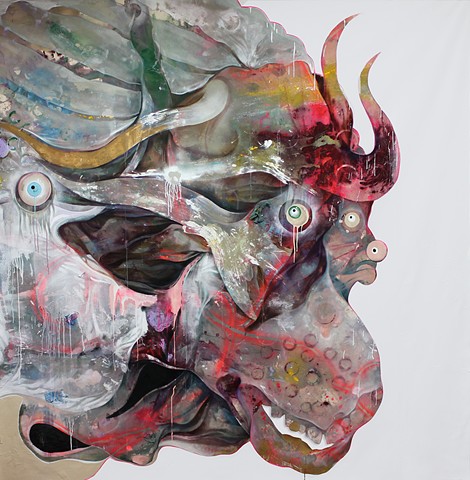 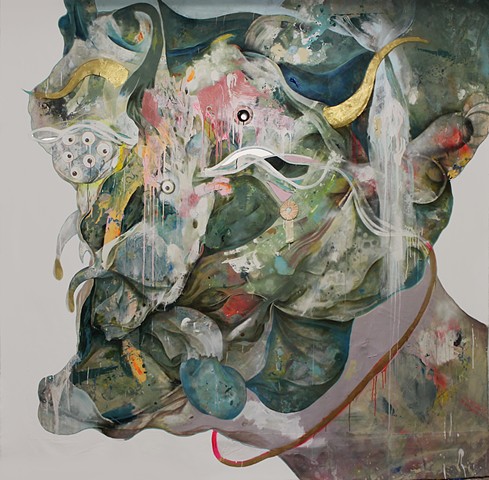 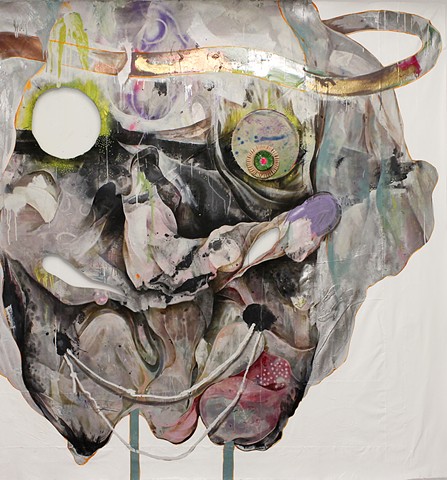 This series of 12 paintings function as a reflection on the environment of my upbringing. It recalls crude and violently made wall markings on architectural structures within my immediate surroundings. Specifically, they reference visual signs of evil and mayhem which took the form of gang symbols, wall messages to rivals, street codes and gang logos. I map a personal journey of survival and trauma in a world of gang violence, drugs, murder, self-discovery, development and overcoming obstacles through self-determination. Though inspired by the past, my loud, energetic and unapologetic visual language confronts contemporary society's politics of fear and anger, which oftentimes result in strained and difficult relationships between authority and civilians.

Much of my practice comprises research that is informed by critical investigation and theories surrounding art history, mythology and literature. I explore and dissect art historical representations of the devil, evil and divine. Art historical examination is coupled with references to the divine number, twelve (12). I acknowledge methodical and religious histories in relation to the number of paintings in this series. Twelve deities, twelve disciples, twelve tribes of Israel among many other instances of the use of this number come to mind.

Simultaneously functioning as both portraits and disguises, each of the subjects have very distinct and different characteristics. Though the term “Devil” is affiliated with evil, I present my subjects as mere representations of those deemed to be devils in current world affairs as opposed to actual perpetrators of evil. Today, subjects of evil point to many authority figures such as police, politicians, clergymen, and terrorists, as some of the major culprits of much malevolent activity. The over-arching narrative is the destruction and mayhem in the world today, a world cloaked and tarnished by evil and deceit.